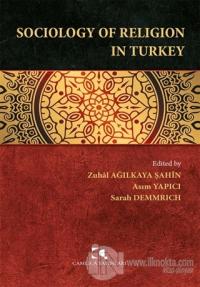 I find in this volume an admirable mix of empirical material – on, for example, religious socialization and perceptions of gender – and reflective pieces, which interrogate the place of religion in Turkish society. Key in this respect is the fact that Turkey is not simply a Muslim society but a distinctive one, not least in terms of the functional differentiation of the modern republic and its consequent effect on religion – a situation that offers a unique challenge to sociological enquiry. The book concludes with a series of chapters that deal with the particularities of the modernization process in Turkey and the tensions (social, cultural and political) that have emerged as the modern state developed – a stage by stage process.
Prof. Grace Davie, University of Exeter, Great Britain