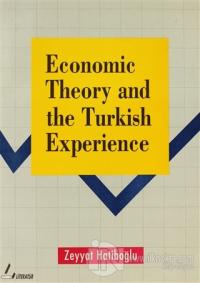 1- An Unconventional Analysis of The Turkish Economy (1978)

Professor Hatiboğlu is well known in Turkey for his work on the monetary aspects of the Turkish economy. In this book he provides a policy oriented economic history and detailed critique of the macroecomoic and development policies that have been followed in the Turkish Republic. (Journal of Economic Literatore.)

Professor Hatiboğlu of Technical University of Istanbul has written a comprehensive and challenging study on the economy of Turkey which will make profitable reading for students of Turkish economic affairs and economists interested in theories of economic development of developing countries. (The Middle East Journal, Washington, D.C)

Hatiboğlu's work should be of interest to development economists in general rather than only being restricted to people interested in the structure and pattern of development in Turkey. (The South African Journal of Economics)

6- A Theory of Growth and Its Validation by the Turkish Experience. (1990)

7- An Unconventional Analysis of the Turkish Economy and Beyond (1992)