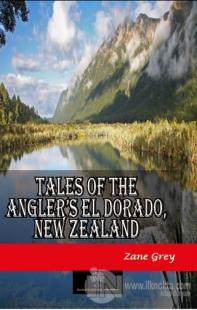 “Outside of Cape Brett we found the sea one vast, glassy expanse. What a day to hunt for broadbill swordfish! I had not seen a better day in all my swordfishing at Catalina. Moreover, the air was pleasant, the shore line strikingly clear. I did not expect to see a broad-bill swordfish, but I certainly could not help looking for one on such a sea as that. Birds were scarce. There was no sign of small fish on the surface. We ran out several miles, and all the while I perched on the deck, scanning the sea near and far, all at once I saw fins. I called out and stood up. We thought the fins belonged to a Marlin. Then we saw two more fish farther on, and formed the same conclusion about them. Suddenly the one nearest came up higher, showing his dorsal fin. I stared. I could not believe my eyes. Surely that brown-hooked rakish leathery dorsal could not belong to a broadbill swordfish, one of my old gladiator friends way down here in the Antipodes! But it did.”