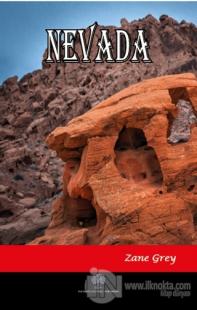 “Nevada took the seat on the far side of the fire, where he could see both entrances to the large room. At the moment there was something akin to bitter revolt at the fact of his presence there. Certainly no one had driven him. No logical reason existed for his visiting the Gold Mine. He would never drink again; he had but little money to gamble with, even had he been so inclined; he rather felt repugnance at the thought of seeing Lize Teller, or any other girl likely to come in. But something restless and keen within him accounted for his desire to meet old acquaintances there. Trying to analyze and understand it, Nevada got to the point of dismay. Foremost of all was a significant motive–he did not care to have Cash Burridge or his followers, especially Link Cawthorne, or anyone ever associated with Setter, think he would avoid them. Yet that was exactly what Nevada wanted to do. The mocking thing about it was the certainty that some kind of conflict would surely result. He could not avoid this. Deep in him was a feeling that belied his reluctance. Could it be a rebirth of old recklessness? He would have to fight that as something untrue to Hettie Ide. And as a wave of sweet and bitter emotion went over him, a musical rattling of the beaded-curtain door attracted his attention.”