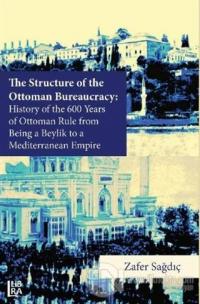 The Structure of The Ottoman Bureaucracy (Ciltli)

https://www.ilknokta.com/zafer-sagdic/the-structure-of-the-ottoman-bureaucracy-ciltli.htm
The Structure of The Ottoman Bureaucracy (Ciltli) History of the 600 Years of Ottoman Rule From Being a Beylik to a Mediterranean Empire
Libra Yayınları
100.00

Devlet-i Ali Osmani emerged from a Beylik, that was founded in Bitinya region over the course of distribution of ruling that occurred after the dissolution of the Seljuk Empire and that turned into a young state as it expanded to cover a region including today's Greece and Bulgaria on the Balkans and Aegean within less than 150 years and then reached the Adriatic, Tuna River, Black Sea coasts and Mesopotamia and that evolved into a multi-cultural and multi-national vivid Mediterranean Empire which maintained its rule for 600 years on a vast surrounding area including North Africa and excluding the North of Mediterranean. This book includes the high Ottoman bureaucratic story of the 600 years long history.