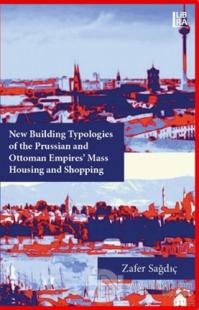 Bilateral relations between the Prussian Empire and the Ottoman Empire reached their peak during the reign of Sultan Abdülhamid II in the 19th century, when the Industrial Revolution was taking place. This was a period of great change in living conditions and social culture as well. Necessities for housing changed as well, and the “birth” of a new housing type; the apartment blocks with shops and passages beneath – took place, especially in European capitals. This research focuses on this point of history, and aims to illuminate the relations between the Ottoman Empire and Prussian Empire in an architectural context; and also to show the shaping of urban life in 19th century Istanbul. The main focus of this work, however, is the relation between socio-cultural issues and architecture in the Prussian and Ottoman Empires, from the perspective of urban planning and apartment building construction in two capitals, Berlin and Istanbul, in the same period of time in the 19th century. When public issues meet daily social housing problems, the 19th century apartment blocks with passages beneath emerge as a new type of building, based on examples from Istanbul and Berlin alike.