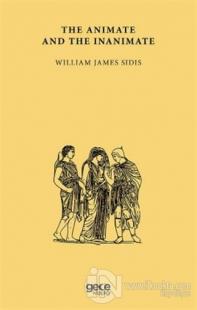 The Animate And The Inanimate
William James Sidis

This work sets forth a theory which is speculative in nature, there being no verifying experiments. It is based on the idea of the reversibility of everything in time; that is, that every type of process has its time-image, a corresponding process which is its exact reverse with respect to time. This accounts for all physical laws but one, namely, the second law of thermodynamics. This law has been found during the nineteenth century to be a source of a great deal of difficulty. The eminent physicist, Clerk-Maxwell, in the middle of the nineteenth century, while giving a proof of that law, admitted that reversals are possible by imagining a “sorting demon” who could sort out the smaller particles, and separate the slower ones from the faster ones. This second law of thermodynamics brought in the idea of energy- level, of unavailable energy (or “entropy” as it was called by Clausius) which was constantly increasing.