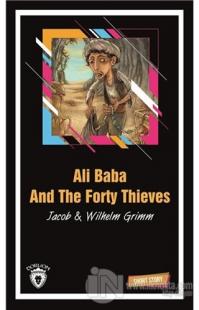 One day, Ali Baba was in the forest. When he had just-cut wood enough to load his asses. he saw a great cloud of dust. It was approaching him at a distance. The troop, to the number of fourty, weil mounted and armed. It came to the foot of the rock on which the tree stood. and there dismounted.

Then each took off his saddle bag. which from its weight seemed to Ali Baba to be full of gold and silver. One, whom he took to be thair captain, came under the tree in which he was concealed.