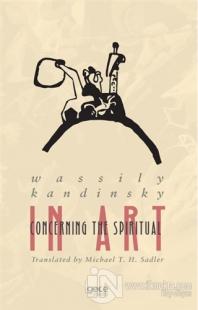 “...Kandinsky is painting music. That is to say, he has broken down the barrier between music and painting, and has isolated the pure emotion which, for want of a better name, we call the artistic emotion. Anyone who has listened to good music with any enjoyment will admit to an unmistakable but quite indefinable thrill. He will not be able, with sincerity, to say that such a passage gave him such visual impressions, or such a harmony roused in him such emotions. The effect of music is too subtle for words. And the same with this painting of Kandinsky's. Speaking for myself, to stand in front of some of his drawings or pictures gives a keener and more spiritual pleasure than any other kind of painting. But I could not express in the least what gives the pleasure. Presumably the lines and colours have the same effect as harmony and rhythm in music have on the truly musical...”