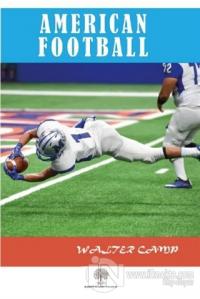 “Rugby football for it is from the Rugby Union Rules that our American Intercollegiate game was derived dates its present era of popularity from the formation in England, in 1871, of a union of some score of clubs. Nearly ten years before this there had been an attempt made to unite the various diverging football factions under a common set of laws; but this proved a failure, and the styles of play became farther and farther apart. Of the Association game one can say but little as regards its American following. It is quite extensively played in this country, but more by those whohave themselves played it in Great Britain than by nativeborn Americans. Its popularity is extending, and at some day it will very likely become as well understood in this country as the derived Rugby is to-day. Its essential characteristic is, that it is played with the feet, in distinction from the Rugby, in which the ball may be carried in the hands.”