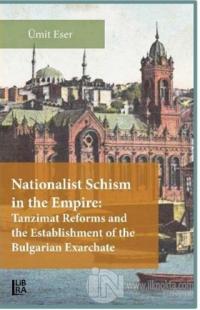 Nationalist Schism in the Empire: Tanzimat Reforms and the Establishment of the Bulgarian Exarchate
Ümit Eser

Nationalist Schism in the Empire: Tanzimat Reforms and the Establishment of the Bulgarian Exarchate
Libra Yayınları
200.00

As a period of radical transformation for both Ottoman state and society, the 19th century witnessed the restructuring of the Ottomanmillet system and the multiplication of the millets. The Reform Decree of 1856 and the resultant reforms brought the reorganization of the millets in theOttoman Empire and the political fragmentation of the millet-i Rum along ethnic lines in the 1870s. The Rum/Greek Orthodox millet had already beenbuffeted about by several external political developments, such as the establishment of the Greek kingdom in 1830, the formulation of the expansionistpolicies of Greek nationalism, i.e., Megali Idea (the Great Idea) in 1844, and the recognition of the autonomy of the Church of Greece in 1850.Nevertheless, foundation of the Bulgarian Exarchate would constitute the most severe blow to the unity and existence of the notion of ‘millet-i Rum'(Greek Orthodox millet) and lead to the cleavages within the Orthodox communities in the Balkan provinces of the Empire. At long last, the ties withinthe millet-i Rum would be replaced by national belongings created by new nation-states of Greece and Bulgaria. Establishment of the Bulgarian Exarchatemarked the non-uttered but foreboded end of the ecumenical character of the Orthodoxy, the main element of the identity of Christians in the OttomanBalkans.