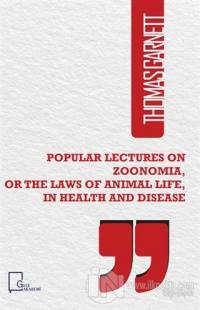 https://www.ilknokta.com/thomas-garnett/popular-lectures-on-zoonomia-or-the-laws-of-animal-life-in-health-and-disease.htm
Popular Lectures on Zoonomia or The Laws of Animal Life in Health And Disease
Gece Akademi
32.90

“...The village of Moonfleet lies half a mile from the sea on the right or west bank of the Fleet stream. This rivulet, which is so narrow as it passes the houses that I have known a good jumper clear it without a pole, broadens out into salt marshes below the village, and loses itself at last in a lake of brackish water. The lakeis good for nothing except sea-fowl, herons, and oysters, and forms such a place as they call in the Indies a lagoon; being shut off from the open Channel by a monstrous great beach or dike of pebbles, of which I shall speak more hereafter. When I was a child I thought that this place was called Moonfleet, because on a still night, whether in summer, or in winter frosts, the moon shone very brightly on the lagoon; but learned afterwards that ‘twas but short for ‘Mohune-fleet', from the Mohunes, a great family who were once lords of all these parts...”