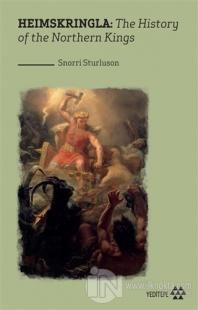 Beginning with the dark ages of mythological universe and the gods of northern people, Heimskringla carries the wisdom of the Vikings through generations and ages to our humble modern lives. As an ultimate holy book and national treasure of Scandinavian culture, Heimskringla guides its readers over several centuries. Despite its universal wisdom, Heimskringla had created long before history and mythology were separated by its hugely influential author Snorri Sturluson. He composes poems, declared laws and gathered histories in his writings. Between his magnificent lines in Heimskringla, history of the Vikings reveals itself from Scandinavia to Mediterranean, from England to Byzantium. Translator and Editor of this medieval miraculous book invites its readers to explore wonders, marvels and prodigies of Northern people of Europe by its history, mythology and genealogy.