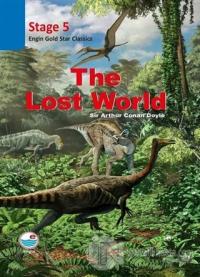 The Lost World: Professors Challenger and Summerlee, explorer and sportsman Lord John Roxton and a young reporter for the Daily Gazette, Edward Dunn Malone, known as Ned go on a scientific expedition to an unexplored plateau in Brazil. On the plateau, they find a lost world where prehistoric animals, like dinosaurs still live. They meet friendly red-skinned Indians and fight with savage ape-men. This is a fascinating story about their adventures.