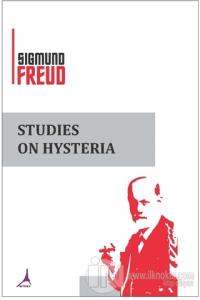 In 1893 we published a Preliminary Communication ‘on a new method of examining and treating hysterical phenomena. To this we added as concisely as possible the theoretical conclusions at which we had arrived. We are here reprinting this Preliminary Communication' to serve as the thesis which it is our purpose to illustrate and prove. We have appended to it a series of case histories, the selection of which could not unfortunately be determined on purely scientific grounds. Our experience is derived from private practice in an educated and literate social class, and the subject matter with which wedeal often touches upon our patients‘ most intimate lives and histories. It would be a grave breach of confidence to publish material of this kind, with the risk of the patients being recognized and their acquaintances becoming informed of facts which were confided only to the physician. It has therefore been impossible for us to make use of some of the most instructive and convincing of our observations. This of course applies especially to all those cases in which sexual and marital relations play an important aetiological part. Thus it comes about that we are only able to produce very incomplete evidence in favour of our view that sexuality seems to play a principal part in the pathogenesis of hysteria as a source of psychical traumas and as a motive for defense‘ - that is, for repressing ideas from consciousness. It is precisely observations of a markedly sexual nature that we have been obliged to leave unpublished.The case histories are followed by a number of theoretical reflections, and in a final chapter on therapeutics the technique of the cathartic method‘ is propounded, just as it has grown up under the hands of the neurologist. If at some points divergent and indeed contradictory opinions are expressed, this is not to be regarded as evidence of any fluctuation in our views. It arises from the natural and justifiable differences between the opinions of two observers who are agreed upon the facts and their basic reading of them, but who are not invariably at one in their interpretations and conjectures.