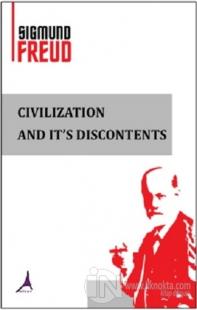 Civilization And It's Discontents
Sigmund Freud

Civilizatıon and It's discontents
In my Future of an Illusion I was concerned much less with the deepest sources of the religious feeling than with what the common man understands by his religion - with the system of doctrines and promises which on the one hand explains to him the riddles of this world with enviable completeness, and, on the otter, assures him that a careful Providence will watch over his life and will compensate him in a future existence for any frustrations he suffers here. The common man cannot imagine this Providence otherwise than in the figure of an enormously exalted father. Only such a being can understand the needs of the children of men and be softened by their prayers and placated by the signs of their remorse. The whole thing is so patently infantile, so foreign to reality, that to anyone with a friendly attitude to humanity it is painful to think that the great majority of mortals will never be able to rise above this view of life. It is still more humiliating to discover how large a number of people living to-day, who cannot but see that this religion is not tenable, nevertheless try to defend it piece by piece in a series of pitiful rearguard actions. One would like to mix among the ranks of the believers in order to meet these philosophers, who think they can rescue the God of religion by replacing him by an impersonal, shadowy and abstract principle, and to address them with the warning words: ‘Thou shalt not take the name of the Lord thy God in Vain!‘ And if some of the great men of the past acted in the same way, no appeal can be made to their example: we know why they were obliged to.