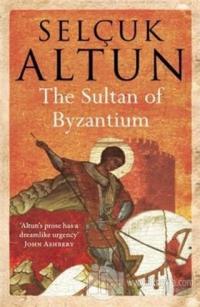 The Sultan of Byzantium
Selçuk Altun

Fighting the Ottoman invaders in Constantinople in 1453, Emperor Constantine XI was killed, his body never found. Legend has it that he escaped in a Genoese ship, cheating certain death at the hands of the Turks and earning himself the title of Immortal Emperor. Five centuries after his disappearance, three mysterious men contact a young professor living in Istanbul. Members of a secret sect, they have guarded the Immortal Emperor's will for generations. They tell him that he is the next Byzantine emperor and that in order to take possession of his fortune he must carry out his ancestor's last wishes. The professor embarks on a dangerous journey, taking him to the heart of a mystery of epic historical significance. The Sultan of Byzantium is a symbiosis of story and history and a homage to Byzantine civilisation.