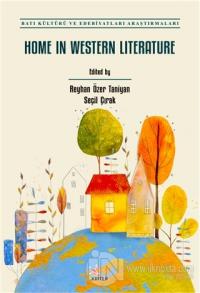 “The title of Salman Rushdie's famous essay, which later formed the title of a book of essays by him, ‘Imaginary Homelands', is based on one side of a common and age-old perception of home: we make it in the mind or the imagination. Ordinary language has versions of it too: home is where the heart is, I don't feel at home in my own town/country, this is my spiritual home, etc. On the other hand, there is a physical aspect to home too – ranging from walls associated with ancestral property or parents or some other such inheritance, and extended, through the imagining of communities, as Benedict Andersen would phrase it, sometimes to a land, a country, even a nation. To say that any one of these broad definitions of home is wrong is to cut off large sections of humankind: those who do not belong where they live or those who cannot return to where they used to live. To feel at home and to live at home are both valid cravings, and though they do not necessarily overlap, neither can be dismissed in favour of the other” Tabish Khair

Home in Western Language is a compilation of selected papers presented at the 7th BAKEA Symposium, 2021. In the time of the pandemic, when home has acquired more meanings, this book reads the idea of home and explores its connotations as presented in different genres and ages of English, American, French and literatures.