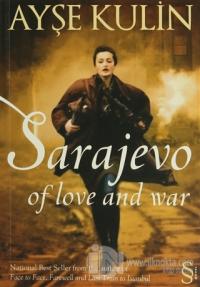 https://www.ilknokta.com/sarajevo-of-love-and-war.htm
Sarajevo Of love and war
11.20

Sarajevo was hellish. Stefan didn't even recognize some parts of the city. All the main roads were barricaded. There was always something burning in the middle of the streets... The deathly silence was ruptured by the staccato report of machine guns; of exploding bombs, of sniper shots. "The building in Ali Pasino Polye where he'd sometimes made love with Nimetawas riddled with holes. Nothing had been left unscathed. Still, life somehow went onf. This book tells a love story which florished during the horrendous war in Bosnia between the years 1992-96. Under heavy bombing and tragic conditions love was still possible.