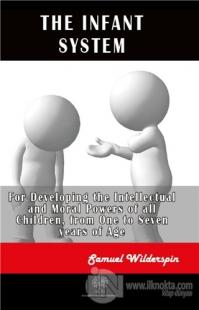 “From the day I caught the idea, that a great secret in teaching the young was to teach through the senses, the various implements now in such general use in infant schools, were step by step invented by me. Objects of all kinds were introduced, and oral lessons given upon them, to teach their qualities and properties, and amongst the various visitors most frequently present at such times, was the gentleman who has acquired fame by publishing “Lessons on Objects,” which little work has elsewhere been highly commended by me, albeit it came forth into the world several years after the period I now speak of. To give such lessons I found it requisite to have the children altogether, so as better to attract their attention simultaneously. This was first attempted by placing them at one end of the room, but it was found inconvenient; then parallel lines were chalked across the floor, and they sat down in order on these; but though attention was gained, the posture was unsuitable. Cords were then stretched across to keep them in proper rank, and various experiments tried with seats, until they ended in the construction of a permanently fixed gallery of regularly ascending seats.”