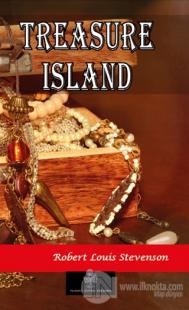 “His stories were what frightened people worst of all. Dreadful stories they were—about hanging, and walking the plank, and storms at sea, and the Dry Tortugas, and wild deeds and places on the Spanish Main. By his own account he must have lived his life among some of the wickedest men that God ever allowed upon the sea, and the language in which he told these stories shocked our plain country people almost as much as the crimes that he described. My father was always saying the inn would be ruined, for people would soon cease coming there to be tyrannized over and put down, and sent shivering to their beds; but I really believe his presence did us good. People were frightened at the time, but on looking back they rather liked it; it was a fine excitement in a quiet country life, and there was even a party of the younger men who pretended to admire him, calling him a “true sea-dog” and a “real old salt” and such like names, and saying there was the sort of man that made England terrible at sea.”