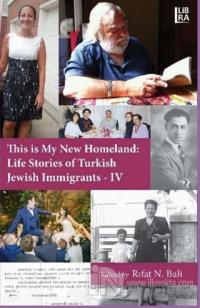 This is the fourth in a series of edited volumes narrating the life stories of Turkish Jews who immigrated to foreign countriesand built their new lives there. The preceding volumes have been published in 2016, 2017 and 2018. This volume comprises eleven differentstories from eleven Turkish Jews who now live in France (1), Switzerland (1), England (2), Australia (2), and the United States (5). Thisvolume is a collective effort to save the memoirs of Turkish Jews living in their new homelands.