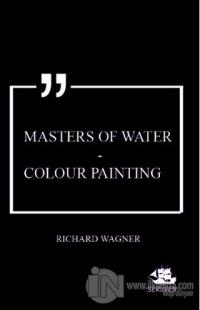 The earliest form of painting was with colours ground in water. Egyptian artists three thousand years B.C. used this method, and various mediums, such as wax and mastic, were added as a fixative. It was what is now known as tempera painting. The Greeks acquired their knowledge of the art from the Egyptians, and later the Romans dispersed it throughout Europe. They probably introduced tempera painting into this country for decoration of the walls of their houses. The English monks visited the Continent and learnt the art of miniature painting for illuminating their manuscripts by the same process. Owing to opaque white being mixed with the colours the term of painting in body-colour came in use. Painting in this manner was employed by artists throughout Europe in making sketches for their oil paintings.

Two such drawings by Albrecht Dürer, produced with great freedom in the early part of the sixteenth century, are in the British Museum. The Dutch masters also employed the same means. Holbein introduced the painting of miniature portraits into this country, for although the monks inserted figures in their illuminations, little attempt was made in producing likenesses. As early as the middle of the seventeenth century the term “water colours” came into use. In an inventory, in manuscript, of the personal estate of CharlesI, which was sold by an Act of Parliament, numerous pictures are thus described.