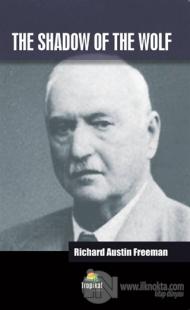 The Shadow Of The Wolf
Richard Austin Freeman

https://www.ilknokta.com/richard-austin-freeman/the-shadow-of-the-wolf.htm
The Shadow Of The Wolf
Tropikal Kitap - Dünya Klasikleri
49.72

About half-past eight on a fine, sunny June morning a small yacht crept out of Sennen Cove, near the Land's End, and headed for the open sea. On the shelving beach of the Cove two women and a man, evidently visitors (or “foreigners,” to use the local term), stood watching her departure withvaledictory waving of cap or handkerchief; and the boatman who had put the crew on board, aided by two of his comrades, was hauling his boat up above the tide-mark.