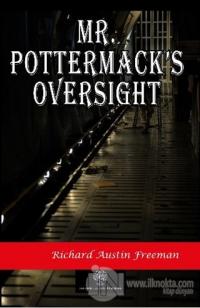 “The obvious thing was to go out and trample on those footprints until they were quite obliterated. But to this plan there were several objections. In the first place, those enormous impressions would take a deal of trampling out. Walking over them once would be quite useless, for his own feet were comparatively small, and even a fragment of one of Lewson's footprints would be easily recognizable. Moreover, the trampling process would involve the leaving of his own footprints in evidence; which might be disastrous if it should happen—as it easily might— that Lewson had been seen starting along the footpath. For this path, unfrequented as it was, turned off from the main road at the outskirts of the town where wayfarers were numerous enough. The reason that it was unfrequented was that it led only to a wood and a stretch of heath which were more easily approached by a by-road. Finally, he himself might quite possibly be seen performing the trampling operations, and that would never do. In short, the trampling scheme was not practicable at all.”