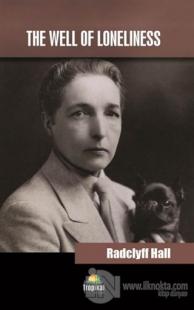 The Well of Loneliness
Radclyff Hall

All the characters in this book are purely imaginary, and if the author has used names that may suggest a reference to living persons, she has done so inadvertently. A motor ambulance unit of British women drivers did very fine service upon the Allied Front in France during the later months of the war, but although the unit mentioned in this book, of which Stephen Gordon becomes a member, operates in much the same area, it has never had any existence save in the author's imagination.