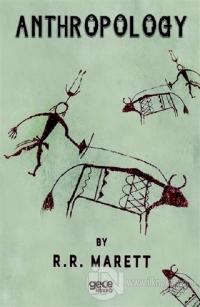 Anthropology is the whole history of man as fired and pervaded by the idea of evolution. Man in evolutionthat is the subject in its full reach. Anthropology studies man as he occurs at all known times. It studies him as he occurs in all known parts of the world.

It studies him body and soul together as a bodily organism, subject to conditions operating in time and space, which bodily organism is in intimate relation with a soul-life, also subject to those same conditions. Having an eye to such conditions from first to last, it seeks to plot out the general series of the changes, bodily and mental together, undergone by man in the course of his history. Its business is simply to describe. But, without exceeding the limits of its scope, it can and must proceed from the particular to the general; aiming at nothing less than a descriptive formula that shall sum up the whole series of changes in which the evolution of man consists.

That will do, perhaps, as a short account of the ideal scope of anthropology. Being short, it is bound to be rather formal and colourless. To put some body into it, however, it is necessary to breathe but a single word. That word is: Darwin.