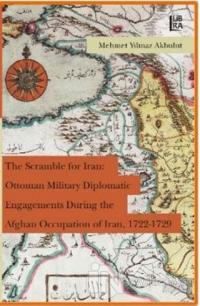 This book is a study of the Ottoman military and diplomatic involvements in Iran during the critical years that followed the collapse of the Safavid dynasty. Contrary to the image of an Empire that followed largely passive and defensive policies in the early eighteenth century, this study will reveal that the Ottoman Empire was remarkably proactive in this period. The Ottomans under the political leadership of Damat İbrahim Pasha (d. 1730) designed their Iranian policies during the 1720s with a distinct awareness of European international politics as well as of local Iranian politics and with the aim not just to protect but also to improve the position of the Empire in a changing global order. Diplomacy constituted an important dimension of the Ottomans' engagements in Iran, culminating in the 1724 Partition Treaty with Russia, which arranged for the division of the Safavid territory between the Ottoman and Russian empires. War-making constituted the other facet of Ottoman engagements in Iran, and was motivated by complex military, strategic, administrative and economic calculations. Finally, their engagement in Iran brought the Ottomans in contact, and for a time, in conflict with another power, the Afghan invaders of Isfahan. In the religio-legal disputes with the Afghan ulama, the Ottoman side evoked a universalist understanding of the caliphate in anticipation of trends that historians have conventionally dated to the late nineteenth century.