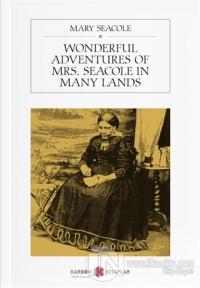 Wonderful Adventures of Mrs. Seacole in Many Lands
Mary Seacole

The structure of Seacole'sWonderful Adventureswas probably shaped by commercial considerations: she had to captalise on her fame as a veteran nurse from the Crimean war, a conflict that captured the mid-century British imagination to a remarkable degree. Accordingly, she cuts to the chase, disposing of her first 40 years, during which she visited relatives in England (“I am not going to bore the reader with my first impressions of London”), in a single chapter. Then, once she has moved to Cruces, in Panama, she uses several chapters to get into her stride as a mature woman, before focusing on her career in the Crimea, drawn to the experience, she writes, by the heady “pomp, pride and circumstance of glorious war.”