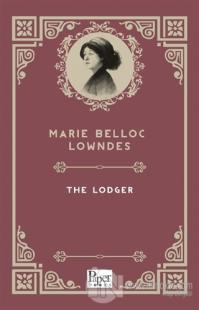 The Lodger is a novel by English author Marie Adelaide Belloc Lowndes. The short story was first published in the January, 1911 edition of McClure's Magazine, in 1911. Belloc Lowndes wrote a longer version of the story, which was published as a series in the Daily Telegraph in 1913 with the same name. Later that year, the novel was published in its entirety by Methuen Publishing.

The story is based on the Whitechapel murders of 1888, committed by Jack the Ripper. While some of the traits of the novel's killer has been attributed to Forbes Winslow's findings about the original murderer, Lowndes was also influenced by the Lambeth Poisoner's physical appearance.

The book tells the story of Mr. and Mrs. Bunting, owners of a failing lodging in London, who see in Mr. Sleuth, their only guest in a long time, their chance to salvage their business. As new murders happen in the surrounding neighborhoods, the couple slowly begin to suspect their lodger might be the one responsible for them.

The Lodger is the first known novelization based on the Jack the Ripper story. The novel has been considered an example of how to write a psychological suspense due to its focus on the effects the serial killer has on the main cast of characters, instead of on the murders themselves. The novel was adapted multiple times to the cinema and radio, including Alfred Hitchcock's first publicly available film, The Lodger: A Story of the London Fog.