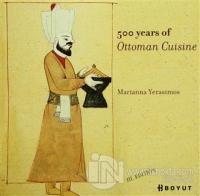 "Ottoman cuisine was a culinary culture which grew from the 15th century onwards and was shaped by an élite group, who lived in and around Istanbul's Palace, an élite who took pleasure in good food. This culture included everything from the ingredients used to the methods of cooking and from the kinds of food eaten to the eating habits, table manners, and the type of kitchens where the food was prepared. The first part of the book looks at the elements which comprise Ottoman cuisine, and in the second part you will find a selection of recipes. The book deals with the cuisine of the Ottoman palace and élite society, and not the modest fare of the ordinary people. As in all societies, there was a considerable difference between the food culture of the Ottoman palace and that of the ordinary people, and there were also differences between the cuisine of Istanbul and the cuisines of other regions. The rather humble fare of the lower strata of society and recipes for it is a subject for another book, and one which I fear will present quite a challenge to its author, since it is unlikely that anyone would have taken the time to write down the plain combinations of foods eaten by the common people. Another point worth noting is the period covered by the book. Since the geographical area in question and its social limits are clearly defined, so too is the time frame: Istanbul was the capital of the Ottoman Empire from May 29th, 1453 to September 13th, 1923, and it is the development of Ottoman cuisine within this time frame that I aim to introduce to you."