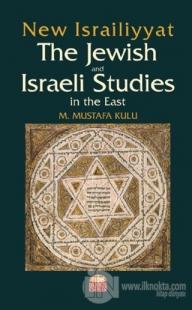 New Israiliyyat: The Jewish and Israeli Studies in the East
M. Mustafa Kulu

As far as Jewish and Israeli studies in the East, outside of Israel, is concerned, it began to develop as an academic discipline from the 20th century onwards and gained momentum after the establishment of the State of Israel, but it is still not so well-developed as in the West.
From the perspective of history and sociology of knowledge, Muslim East has more advantages in comparison with non-Muslim East, as far as Jewish and Israeli studies are concerned, because Muslim scholars paid serious attention to accumulate knowledge about Judaic knowledge, which they called Israiliyyat. There is the possibility of the emergence of new approaches in the field of Israiliyyat by applying the scientific method to its subject matter. So far the traditional method has been used to study the Israiliyyat. The usage of a new approach and new method will help to transform Jewish and Israeli studies (also called new or modern Israiliyyat) in the Muslim East. In addition, new information about Israel and Judaism should be internalized from the West and the non-Muslim East and incorporated into what the subject already knows.
While the traditional method has been used so far in Israiliyyat, a systematic review of the traditional Israiliyyat approach has not been performed. The sources and methods of knowledge acquisition in the field of Israiliyyat should be subjected to a critical approach to reveal the strengths and weaknesses of old knowledge.