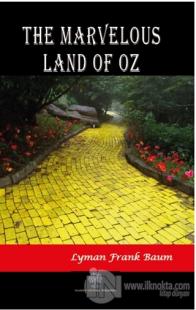 “Tip turned toward the road and the man followed him. Jack walked with a sort of limp, and occasionally one of the joints of his legs would turn backward, instead of frontwise, almost causing him to tumble. But the Pumpkinhead was quick to notice this, and began to take more pains to step carefully; so that he met with few accidents.

Tip led him along the path without stopping an instant. They could not go very fast, but they walked steadily; and by the time the moon sank away and the sun peeped over the hills they had travelled so great a distance that the boy had no reason to fear pursuit from the old witch. Moreover, he had turned first into one path, and then into another, so that should anyone follow them it would prove very difficult to guess which way they had gone, or where to seek them.”