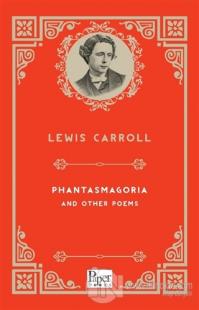 Phantasmagoria and Other Poems
Lewis Carroll

“Phantasmagoria” is a poem written by Lewis Carroll and first published in 1869 as the opening poem of a collection of verse by Carroll entitled Phantasmagoria and Other Poems.

It is Lewis Carroll's longest poem. “Phantasmagoria” is a narrative discussion written in seven cantos between a ghost (a Phantom) and a man named Tibbets. Carroll portrays the ghost as not so different from human beings: although ghosts may jibber and jangle their chains, they, like us, simply have a job to do and that job is to haunt. Just as in our society, in ghost society there is a hierarchy, and ghosts are answerable to the King (who must be addressed as “Your Royal Whiteness”) if they disregard the “Maxims of Behaviour”.