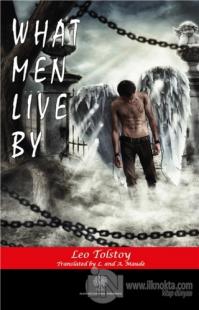 A shoemaker named Simon, who had neither house nor land of his own, lived with his wife and children in a peasant's hut, and earned his living by his work. Work was cheap, but bread was dear, and what he earned he spent for food. The man and his wife had but one sheep-skin coat between them for winter wear, and even that was torn to tatters, and this was the second year he had been wanting to buy sheep-skins for a new coat. Before winter Simon saved up a little money: a three-rouble note lay hidden in his wife's box, and five roubles and twenty kopeks were owed him by customers in the village.