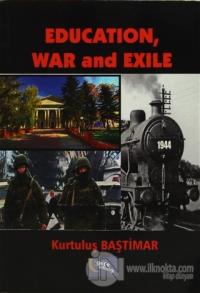 The mass expulsion of populations based upon ethnicity has marked much of the 20th century. Most recently the ethnic cleansing of Kosova by Yugoslavia captured headlines around the world. For much of the previous decade the plight of the Bosnian Muslims subjected to similar measures held the world's attention. These recent events are only the most recent manifestations of an old phenomenon.

The Muslim nationalities of Eastern Europe have been victims of numerous ethnic cleansing campaigns since the late 18 th century. Among those nationalities expelled en masseduring the 19 th century from their homelands were the Bulgarian Muslims, Circassians, and Abkhazians. The Imperial Russian government was involved in all these mass expulsions. (1)

In the 20 th century the government of the Soviet Union perfected the crime of ethnic cleansing. During World War 2, the Stalin regime used the resources of a highly organized state with a modern rail system to rapidly exile entire nations from their ancestral homelands.

The Soviet government targeted the Muslim nationalities of the Caucasus and Crimea for deportation in their entirety. The Soviet political police NKVD (Peoples Commissariat of Internal Affairs) exiled the Karachays Chechens Ingush Balkars Crimean Tatars and Meskhetian Turks to Kazakhstan, Central Asia, Siberia, and other remote areas of the USSR in 1943 and 1944. These brutal forced relocations to desolate areas with poor material conditions resulted in hundreds of thousands of deaths. (2)