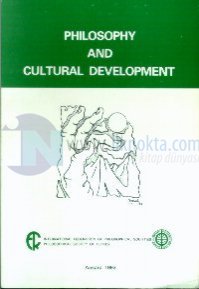 https://www.ilknokta.com/kolektif/philosophy-and-cultural-development.htm
Philosophy and Cultural Development
Türkiye Felsefe Kurumu
25.00
Development given as the main objective to national and international policies in the fifties, but understood merely as economic development-and what is more, as unlimited industrial production in the so-called developed countries and as increase of the per capita income and industrialization in the "developing" ones-, not only failed to fulfill the relevant expectations, but also created its own undesirable facts: some of the global problems which the world community had to tackle in the past few decades and which still occupy its agenda.
In the face of these problems the idea of "cultural development" was brought as an additional objective for these policies.
The reason of attempting a philosophical scrutiny of the idea of "cultural development" is the part this "development" seems to play in the creation of some other "undesirable" facts of the present-day world -a part apparently due to the ambiguity in the understanding of this idea, which leads to incompatible orientations and practices.

This volume is an expression of the wish of FISP to contribute to an early diagnosis of the role that this ambiguity just now plays, so that "cultural development" does not share the fate of the idea of (economic) development.
(Tanıtım Bülteninden)