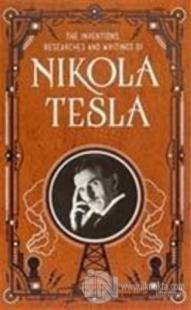 The Inventions, Researches and Writings of Nikola Tesla is the definitive record of the pioneering work of one of the modern world's most groundbreaking inventors. During the early twentieth century, Tesla blazed the trail that electrical technology followed for decades afterward. Although he pioneered inventions like alternating current (AC), radio, wireless transmission, and X-rays, and worked with innovators like George Westinghouse and Thomas Edison, the once-celebrated Tesla was later largely forgotten by history.