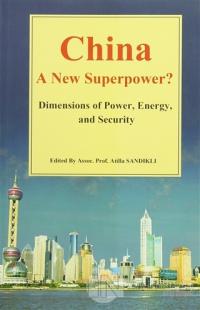 The phenomenon of the ongoing rise of China which has been takink place from the late 1970s to present has attracted the attention of a great number of students and scholars of international politics. The amount of aticles written about the evolving and expanding presence of the People's Rupublic of China in world politics and economy proves the large extent of the relevant intellectual effort. This stimulating book enriches the existing literature by contributing to the power, energy, and security perspectives employed to detailed explanation of China's economic progress and ensuing political power it enjoys in international system along with ist soft power potentiality. The book incpects China's increasing demand for energy with sound estimates for the future and illustrates the security policies of Beijing at both the regional and global levels.

Wise Men Center For Strategic Studie (BİLGESAM) publishes this study in accordance with ist objectives of analyzing the policies of great powers and of foreseeing the related potential developments in world politicies. With China A New Superpower? Dimensions of Power, Energy, and Security BILGESAM adds an inspring work to its printed series.

Assoc. Prof. Atilla SANDIKLI served as a staff officer and commanding officer at various echelons of Turkish Armed Forces and an a counselor within the Secretariat General of National Suritcy Council of Turkey. He has published sixteen books and various articles, and won many achievement prizes and medals in his military and civil life.