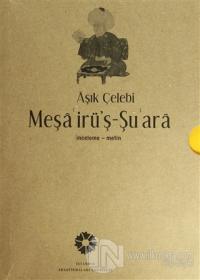 Coinciding with Unesco's designation of 2007 as the 800th anniversary of Mevlana Celalettin Rumi (1207 - 1273) birth, The Dervishes of Sovereignty, The Sovereignty of Dervishes, The Mevlevi Order in İstanbul exhibition explored the Sufi history of İstanbul and commemorated Mevlana . A mystical institution of medieval Islam at the end of 13th century with respect to its social and cultural roots, the Mevlevi Order, assumes its unique place in the world due to İstanbul's close interaction with the Renaissance in Europe and embarks upon a journey that leads from Konya to İstanbul, upon Sultan Mehmed II's conquest of the latter. The Mevlevİ Order in İstanbul assumes a significant political role in history, in the extent to which it shapes the cultural realm of the Ottoman world. The Order's cultural production, which ranges from music to calligraphy and from literature to architecture, is not only an intellectual and a spiritual bridge between the East and the West, but also entails a profound and elaborate philosophy that requires careful study and research.