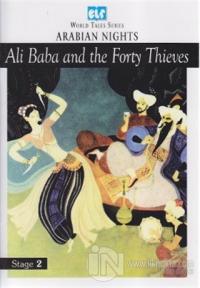 Ali Baba and the Forty Thieves

Long Ago, in a city of Persia, there lived a poor woodcutter named Ali Baba. He and his brother Kassim had each been left a little money bu their father. But Kassim had married a rich wife and had become a wealhty merchant. Ali Baba had married a poor wife, and his money was soon gone. Now it was all he could do to support his family by going into the forest and cutting firewood to sell.