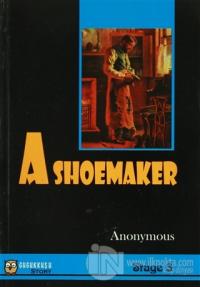 "Will you tell me a story this evening, father?" asked William P. a fine lad been a gallant officer in the revolutionary war.

"And what story shall I tell you, my son?" said the general.

"Something about the war, father."

"You are always for hearing about the war, William," said General P.: "I have told you almost all the stories I recollect. And besides, William, if you love to hear about war so well, when you are young, you will wish to be a soldier, when you become a man."

"Well, well, William," said the general, "I must tell you one story more. Where are Henry and John? You may call them. They will like to hear the story too."

Henry: "Father! William says you are going to tell us a story about the war! What-"

John: "Shall you tell us about some battle, where you fought?"

Gen. P.: "Sit down, my children, sit down. Did I ever tell about Enoch Crosby?"

William: "Enoch Crosby? why, I never heard of such a man."

Gen. P.: "I suppose not. But he was a brave man, and did that for his country, which is worthy to be told."