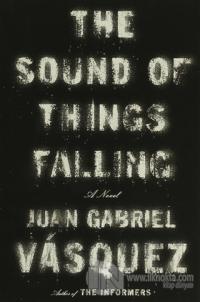 "Jua Gabriel Vasquez is a considerable writer. The Sound of Things Falling is an artful, ruminative mystery... And the reader comes away haunted by its strong playing out of an irreversible fate."

"A poignant and perturbing tale about the inheritance of fear in a country scrabbling to regain its soul."

"Compelling, beautifully translated... In this hugely affecting novel, it is the silent suffering that haunts the most... Vasquez holds his tightly crafted narrative together with admirable stylistic control as he shows a world falling apart and the redemptive powers of love and language to rebuild it."

"Vasquez brings vividly to life that grey, isolated, landlocked city in the mountains where suspicion and fear ruled the streets for so many years."

"Remarkable... (The Informers) is the best work of literary fiction to come my way since 2005."

"Juan Gabriel Vasquez is one of the most original new voices of Latin American literature."

"A potent mixture of history, fiction and literary gamesmanship... (Vasquez's) particular triumph with this novel is to remind us, as Balzac put it, that novels can be 'the private histories of nations."

"Vasquez has many gifts-intelligence, wit, energy, a deep vein of feeling-but the uses them so naturally that soon anough one forgets one's amazement at his talents, and then the strange, beautiful sorcery of his tale takes hold."