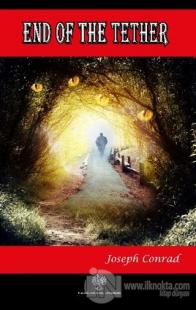 End of the Tether
Joseph Conrad

“For a long time after the course of the steamer Sofala had been altered for the land, the low swampy coast had retained its appearance of a mere smudge of darkness beyond a belt of glitter. The sunrays seemed to fall violently upon the calm sea--seemed to shatter themselves upon an adamantine surface into sparkling dust, into a dazzling vapor of light that blinded the eye and wearied the brain with its unsteady brightness.

Captain Whalley did not look at it. When his Serang, approaching the roomy cane arm-chair which he filled capably, had informed him in a low voice that the course was to be altered, he had risen at once and had remained on his feet, face forward, while the head of his ship swung through a quarter of a circle. He had not uttered a single word, not even the word to steady the helm. It was the Serang, an elderly, alert, little Malay, with a very dark skin, who murmured the order to the helmsman. And then slowly Captain Whalley sat down again in the arm-chair on the bridge and fixed his eyes on the deck between his feet.”