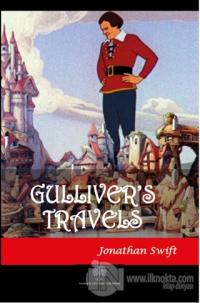 “I had been for some hours extremely pressed by the necessities of nature; which was no wonder, it being almost two days since I had last disburdened myself. I was under great difficulties between urgency and shame. The best expedient I could think of, was to creep into my house, which I accordingly did; and shutting the gate after me, I went as far as the length of my chain would suffer, and discharged my body of that uneasy load. But this was the only time I was ever guilty of so uncleanly an action; for which I cannot but hope the candid reader will give some allowance, after he has maturely and impartially considered my case, and the distress I was in. From this time my constant practice was, as soon as I rose, to perform that business in open air, at the full extent of my chain; and due care was taken every morning before company came, that the offensive matter should be carried off in wheel-barrows, by two servants appointed for that purpose. I would not have dwelt so long upon a circumstance that, perhaps, at first sight, may appear not very momentous, if I had not thought it necessary to justify my character, in point of cleanliness, to the world; which, I am told, some of my maligners have been pleased, upon this and other occasions, to call in question.”