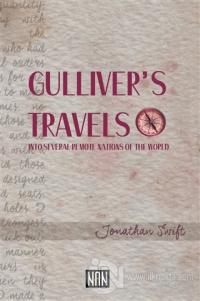 Gulliver's Travels, most famous work of Jonathan Swift is a misanthropic anatomy of human nature. Each of the four books has a different theme, but all are attempts to deflate human pride. It may be a politico-sociological treatise in the form of a satire; a protest against Imperialism and Colonialism; an attack on the corrupt Whig oligarchy which had displaced the Swift's Tories in London a defence of Tory policies, an attack on the Prime Minister, Robert Walpole, and on the expensive and bloody trade wars which had accompanied the twelve years of whig government but it is also, on a deeper level, a satire on the universal human tendency to abuse political power and authority, to manipulate others and deceive ourselves.