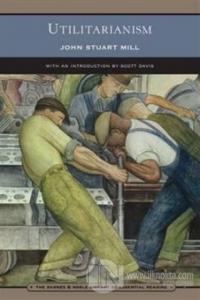 John Stuart Mill's "Utilitarianism", which first appeared in three installments of "Fraser's Magazine" in 1861, was intended as a defense of the notorious doctrine identified with the liberal reformer Jeremy Bentham (1748-1832) and with the author's father, James Mill (1773-1836). The defense was successful. While 'the principle of utility, or as Bentham has latterly called it, the greatest happiness principle', may have scandalised Victorian England, Mill's "Utilitarianism" became one of the defining documents of modern British and American liberalism. It is impossible to appreciate contemporary social and political life without coming to grips with utilitarianism.