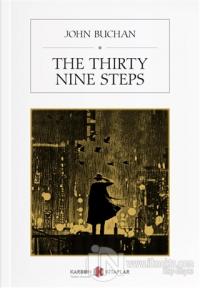 Adventurer Richard Hannay, just returned from South Africa, is thoroughly bored with London life-until he is accosted by a mysterious American, who warns him of an assassination plot that could completely destabalise the fragile political balance of Europe. Initially sceptical, Hannay nonetheless harbours the man-but one dayreturns home to find him murdered... An obvious suspect, Hannay flees to his native Scotland, pursued by both the police and a cunning, ruthless enemy. His life and the security of Britan are in grave peril, and everything rests on the solution to a baffling enigma: what are the 'thirty nine steps?'