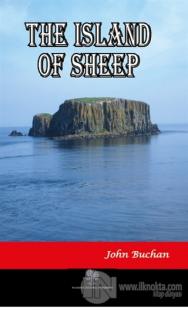 The Island of Sheep
John Buchan

“Lombard had come out to East Africa as secretary to a Government Commission, a Commission which he very soon manipulated as he pleased. I met him there when I was sent up on a prospecting job. He was very young then, not more than twenty-five, and he was in his first years at the Bar. He had been at one of the lesser public schools and at Cambridge, had been a good scholar, and was as full as he could hold of books. I remembered our first meeting in a cold camp on the Uasin Gishu plateau, when he quoted and translated a Greek line about the bitter little wind before dawn. But he never paraded his learning, for his desire was to be in complete harmony with his surroundings, and to look very much the pioneer. Those were the old days in East Africa, before the ‘Happy Valley' and the remittance man and settlers who wanted self-government, and people's hopes were high. He was full of the heroes of the past, like Roddy Owen and Vandeleur and the Portals, and, except that he was a poor horseman, he had something in common with them.”