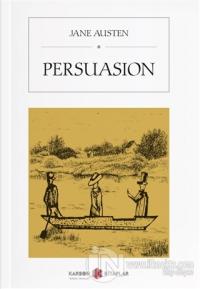 Persuasion, novel by Jane Austen, published posthumously in 1817. Unlike her novel Northanger Abbey, with which it was published, Persuasion (written 1815–16) is a work of Austen's maturity. Like Mansfield Park and Emma, it contains subdued satire and develops the comedy of character and manners.

Persuasion tells the story of a second chance, the reawakening of love between Anne Elliot and Captain Frederick Wentworth, whom eight years earlier she had been persuaded not to marry. Wentworth returns from the Napoleonic Wars with prize money and the social acceptability of naval rank. He is now an eligible suitor, acceptable to Anne's snobbish father and his circle, and Anne discovers the continuing strength of her love for him.